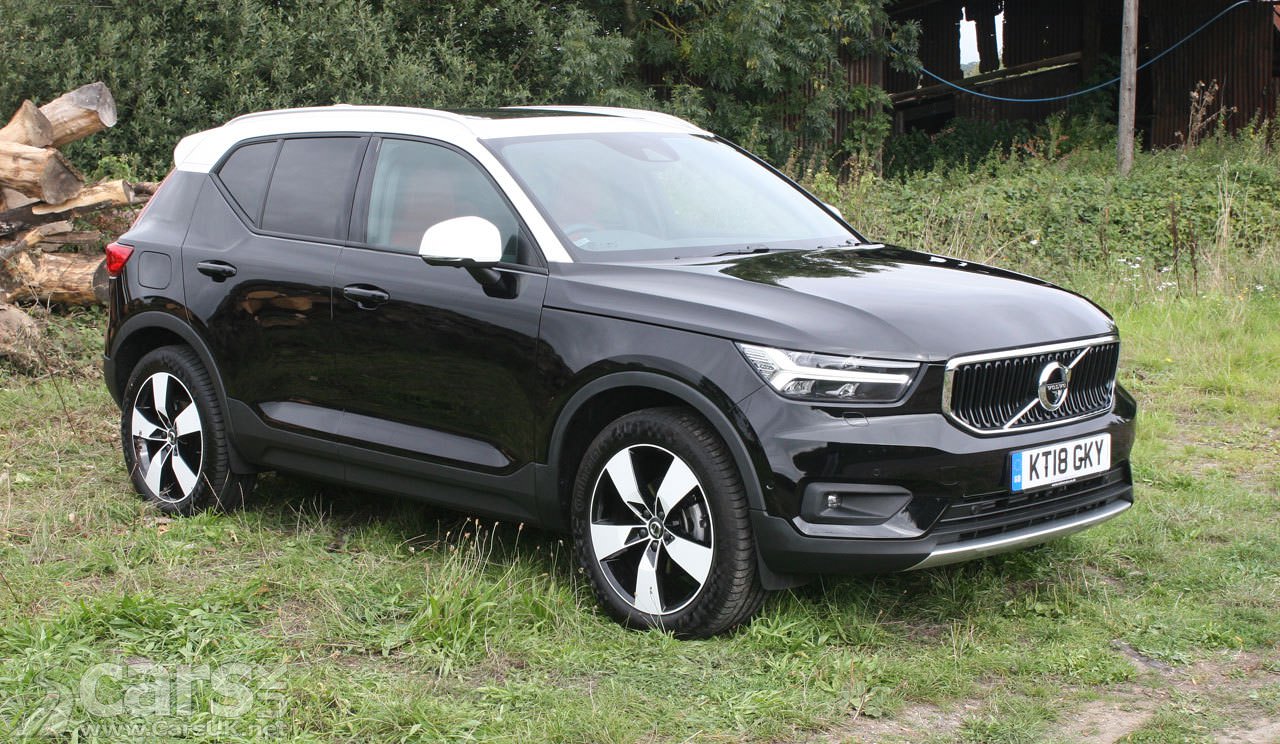 We have the Volvo XC40 T3 Momentum Pro in for review and test, Volvo’s entry-level T3 with manual gearbox and 1.5 litre three-cylinder engine.

Volvo’s first foray in to a more compact SUV market than they’ve traditionally competed in – the Volvo XC40 – has been a real success story so far, garnering praise and plaudits from the motoring press and owners alike.

But, until very recently, the choice of XC40s has been a bit limited by the lack of trim levels and engine options available, with most of the XC40s at the high end of the range. But not any more.

Now there’s a full range of XC40 Momentum, Inscription and R-Design models available – and with Volvo’s top-up ‘Pro’ options too – and, for the first time in a Volvo, a new 1.5 litre three-cylinder engine option too.

Add together those 2018 arrivals and you end up with the car we have here – the 2018 Volvo XC40 T3 Momentum Pro – complete with a hefty dose of optional extras and a manual gearbox.

Volvo has been very clever with the new XC90 and XC60, managing to make them look familiar enough to buyers of the previous incarnations to keep them onboard, but fresh enough to look cool and modern. And they don’t look like ‘Russian’ Doll’ cars either.

But with the new XC40, Volvo are not just entering a space they’ve never been in before, but they’re aiming at a younger demographic too. So the XC40 needs to not look like a ‘Dad’ Volvo. And it doesn’t.

Sitting on Volvo’s new Compact Modular Architecture Platform, the XC40 has familiar Volvo elements – like the grille, the ‘Thor’ headlights and the upright tail lights – but its blunt face, flat bonnet, sculptured flanks, swept-up back windows and cohesive tail make it look a bit funkier and a bit chunkier than Volvo’s bigger SUVs.

This XC40 also has one of Volvo’s (optional) funky paint jobs, with the back body getting a white contrast roof, mirrors and black and white 19″ alloys. It may cost an extra £700, but it got more (positive) comments than anything else from the car park curious. It’s a good look.

Inside, the similarities with Volvo’s bigger SUVs is more evident, with the big, easy to use (yes, it is) tablet screen front and centre, a handful of buttons only, mostly nice to touch plastics, good seats, more stylised vents and a clear and easy to use digital instrument panel.

This may be an almost entry-level XC40, but Volvo has titivated it with a chunk of options for the interior including very nice red leather seats, glass roof, Park Assist and 360 Camera (Xenium Pack), adaptive cruise, Pilot Assist Intellisafe Pro, Keyless and much more. They add up to a significant £7,150 and do make the XC40 more appealing, but even the standard spec is pretty good.

Space up front is good, and even in the back there really is enough space to take a couple of adults without complaint, although the seats are a bit short and you do end up with your knees a bit higher than you’d like. But headroom’s also okay, and the boot is a decent size, if not actually class-leading.