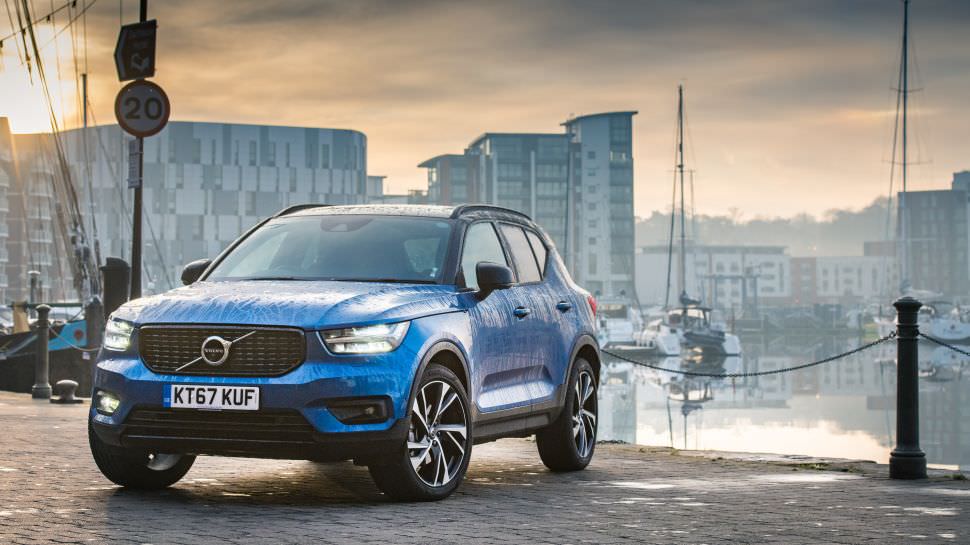 The name Volvo was once synonymous with large and safe estates, but these days the Swedish car-maker is becoming better known for its growing range of SUVs. The enormous seven-seat XC90 set the ball rolling, and was followed by the mid-sized five-seat XC60, with the second-generation model impressing us recently. Now Volvo has turned its attention to the compact SUV sector with the launch of the XC40.

Volvo has refined the SUV formula with both larger models over a number of years, and this promises to stand the XC40 in good stead as it enters what is one of the most crowded sectors of the motoring market right now, with the likes of Jaguar's E-Pace and Range Rover Evoque vying with it for attention.

It would have been tempting for Volvo to simply shrink down the proportions of the handsome XC60 to fit the company's new Compact Modular Architecture (CMA) platform, but it's good to see that it's steered clear of a reiterative approach and come up with a distinctive design for the XC40.

While the 'Thor's Hammer' daytime running light arrangement carries over from other models to tie the XC40 into the range, the smaller car sports a much more defined look. This includes a clamshell bonnet, concave grille, heavily sculpted doors and distinctive rear pillars, while there are also plenty of two-tone paint schemes to choose from.

Climb into the XC40 and and there's nothing brash or gratuitous here, with a luxuriously clean and minimalist interior to greet you. This clutter-free look is thanks largely to Volvo using the same 9-inch Sensus touchscreen interface seen in other recent Volvos, with pretty much most of the car's major functions accessed via this central, portrait-orientated interface.

The interface is your window to pretty much every element of the XC40's entertainment, convenience and safety functions, and is nice and responsive, logically laid out and, for the most part, easy to use. That said, a couple of extra physical buttons wouldn't have gone amiss here ? while there's quick access to the volume, heated windscreen and heated rear screen, tweaking the climate control requires you to take your eye off the road to use an on-screen control to set the temperature, as opposed to a quick flick of a dedicated knob, although there is a voice-activated control system fitted as standard that's designed to perform such functions as changing the cabin temperature.